This week Jeff, Martin and I flew down to Tillamook to visit the blimp hangars.  We were aware that there used to be a museum there and were surprised to find that it is still there.

Work on the CNC is progressing and I'm enjoying working in the warm house.  I've basically completed the structure and now I'm researching the electronics.  The kit doesn't have much for instructions when it comes to the electronics.

More plastic parts and some flying

Seems like it's been so long between flights lately due to the weather but Jeff and I still managed to get a flight to the San Juans in this past week.  Friday after work looked like a nice day for flying so we saddled up and flew to Lopez Island.  There was  a beautiful sunset on the way home and it was just a gorgeous evening for flying.  The camera just doesn't do it justice.

I also spent a considerable amount of time working with the new 3D printer making some parts and prototypes of parts.  Below you will see a series of pictures of  the new intake that I designed with Solidworks.  So far its looking like it will work but I won't know until I try it. 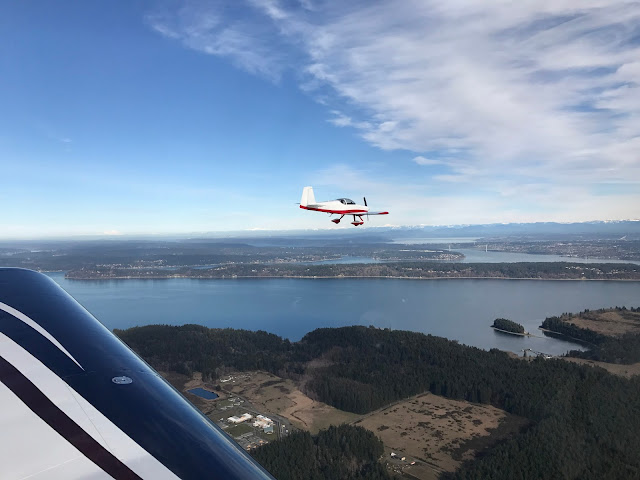 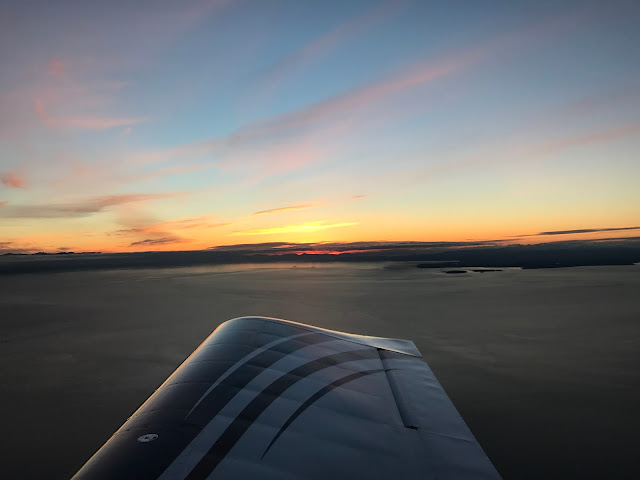 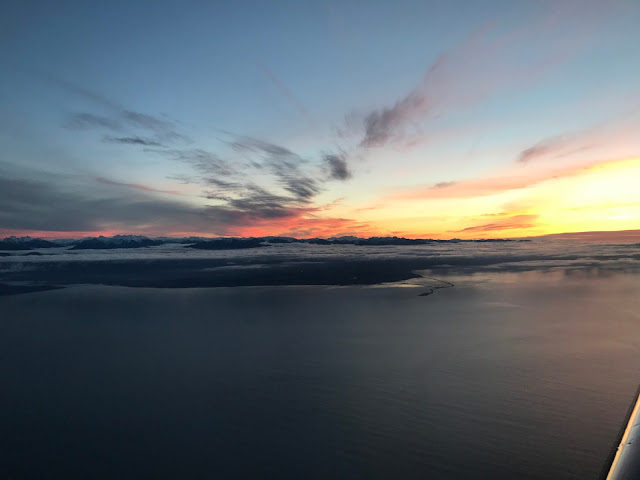 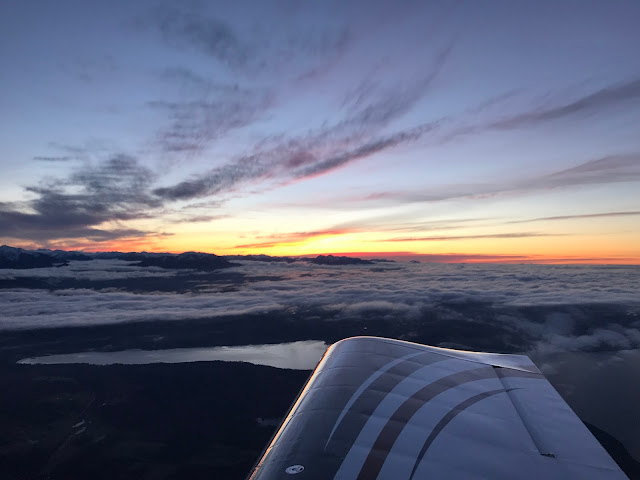 Posted by Darin Anderson at 7:48 PM

I mentioned last week that I had purchased a 3D printer.  Well this week I got a chance to try it out.  In fact since I purchased it its been printing day and night!  I'm pretty impressed with it but it did come with two broken plastic clips that hold the bed down.  I emailed their support and they replied within an hour with a promise to send me new parts and also included a file that I could use to print my own parts!  So the first picture below is the first of two parts that I printed.

On Sunday Jeff and Martin and I got a chance to fly down to Newport Oregon.  Its a nice little town and a beautiful flight.  I tried to use my new 360 cameras that I purchased for some VR stuff but I'm not 100% of the quality of the images.

As most of my long time readers (both of you) will recall I mounted my oil cooler on the firewall behind the #4 cylinder.  Well I also suffer with some less than optimal oil temperatures during extended high power operations.  Well I have tried many different approaches to bringing down the oil temperature some with a little success and some with little to none.  Well this week I am posting the next chapter in this never ending saga.  I decided to replace my existing oil cooler with a larger oil cooler.  The cooler I have in place now is an 8 row oil cooler so I decided to replace it with a 10 row oil cooler.  They are both about the same size but the 10 row has more oil passages giving it a higher capacity.  In doing so I decided to replace the inlet air duct as well as fabricate the outlet air ducting.  That took me a couple of weeks but I finally have something I can show.  It turns out that I built the inlet duct a little too tall so I have to go back to the drawing board on that one.

I also decided that I have been without a CNC and a 3D printer long enough!  I ordered both this past weekend and the 3D printer should arrive today.  Expect lots of new posts in the coming months with new things I am trying.  Starting out with the oil cooler inlet duct, a new alternate air inlet for my fuel servo, some headset hangers for my flight headsets, and possibly a headset control model mount for said headsets.  :-)

By the way, if you are a member of EAA you can download a free copy of Solidworks for designing different items.  It has a pretty good learning curve but WOW there is so much you can do with that software!