I think I'm beginning to understand why people don't like section 29.  I've been almost done for two weeks now!  Well actually I've been on vacation for the past two weeks with not much time to work on the airplane but still...shouldn't it work on itself while I'm gone?

Travis came over and helped me with the last of the skin riveting before we left for vacation.  That was a huge help to me.   I almost hope he decides to build an airplane some day because he has an amazing ability to visualize parts as well as read the plans.  Anyway in addition to the skins I was able to finish up the rear vents (which I don't really like but...) and I've finished riveting the front floor skins in.  Actually I'm not 100% done with the front floor skins because I still have a few side rivets to put in that will have to wait until I am done with the fuel pump mount that goes in the tunnel.

The only steps left for this section is to rivet in two side ribs (which should go pretty quickly) and to install the main landing gear weldments.  That last step will probably be a bugger since it involves many bolts and holes that all have to line up properly...and never do...depending on the temperature in the garage, the phase of the moon and how I position my head while banging it on the wall.  :-)

I'm probably going to step forward to the next section before I try to install the gear weldments.  I have a couple of shims that I need to prime before I install the weldments and the steps (next section) are made of steel and need priming also.  If I'm going to mix up a batch of primer I might as well try to use all of it.

Posted by Darin Anderson at 8:01 PM

Most of the past week has been devoted to assembly and riveting.  As the title suggests its a lot of riveting and I'm trying to do it mostly by myself.  There are many rivets I just can't do by myself so at some point I will have to call for help but so far so good.  :-)

On a related note I finally made the decision to use the Grove brakes that come with the kit.  Originally I was concerned about the brakes based on comments I read on VAF but it seems Van's has made a change from the older Cleveland brakes to the newer Grove brakes like the ones I have on my 9A.  With that decision made I was able to order my finishing kit.  They say its a 10 week wait so I figure it should come just about the right time, or a little early is fine too.

Oh, one more thing, Jeff and I did a little IFR practice this past week and were treated to a beautiful sunset.  Obviously the pictures below don't do it justice but I thought I would share. 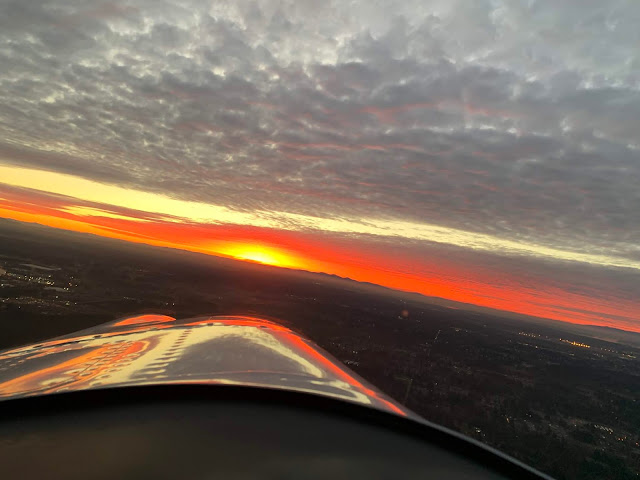 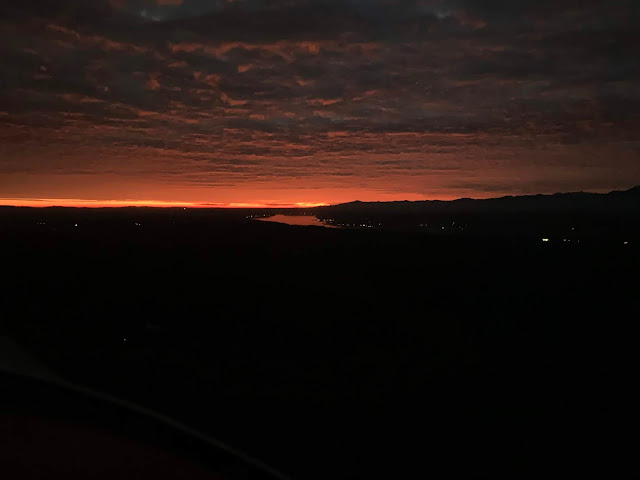 Posted by Darin Anderson at 2:52 PM