Edit:  Here is a link to the video I compiled from all the cameras.  https://youtu.be/-o84bVuDo_Q

This is just a quick post to let everybody know that N88DA has taken to the skies!  On Saturday morning the 19th of June, 2021 at about 10AM the airplane broke ground for the first time.  She flew beautifully with no trim changes, no heavy wing, and nothing less than a smooth climb.  As expected I did get some high CHT values but with a slight reduction in power and RPM I was able to limit the highest to 421 and even then only 3 of the 6 cylinders broke 400 degrees.  As soon as I leveled out all temps dropped nicely and I had no more issues with temps.  The oil temps never got above 185 during the entire flight and that's with prop and throttle at max.  I'm happy with how the engine is cooling so far.  Airspeed and altimeter tested out perfectly against Harry's chase plane.  The fuel flow is off considerably but that's to be expected and is an easy correction on my next fuel up.

The airplane is a dream to fly but its definitely on the heavy side for controls compared to all the other RV models I have flown.  You actually have to push the stick instead of just thinking about it.  :-)

I had one surprise during the flight, and that was the huge amount of aft stick needed to land.  My approach was over the dump and that always has a bit of updraft followed by a significant down draft on short final.  My approach was on target but I found that was almost unable to arrest the decent in time because the control stick was full aft and bumping into my belly!  The landing was actually pretty good but it was very close to being a bouncer.

I have a few squawks (issues) that need addressing.  One was discovered on flight three today.  The prop control cycles just fine on the ground but in flight there is enough wind pressure on the cowling that it pushes it aft enough to block the governor control movement such that I can't bring the prop down below 2350 RPM.  I should have that one taken care of in time for the next flight.

I also had some oil door issues.  Most people have their oil door pop open on the first flight, and I knew that, so I reinforced the door so the latch would not flex.  However, I did not reinforce the corners opposite the hinge and as a result those corners were bulging up due to the extreme air pressure in the cowling.  Nothing that a little duct tape couldn't cure for flights two and three.  :-)

I'm still chasing a couple of minor oil leaks and one grease leak from the starter.  Otherwise the engine seems to be in good condition.

Oh, I should mention that on the runup for the first flight my coil (MAG) check failed on the right side (bottom plugs).  This required a taxi back to the hangar where a simple cleaning of the plugs resolved the issue.  Too much very rich run time on the ground.  However, I mention this not only as a warning to others but also to let you know that I had great plans for lots of video of the first flight.  Well, I did get good video but not from inside the airplane.  In fact I had a 360 camera set up on the VS top as well as a GoPro camera installed in the cockpit.  The 360 camera only caught the initial taxi out to the runup and the interior camera I forgot to turn on until I was already airborne and doing my initial circuits of the airport.  Oh well, I had a few people there and still got some video so hopefully I will have a video to share in the near future.

A big thanks to the ground and flight crew for the day!

Ok, on to a few pictures of the day. 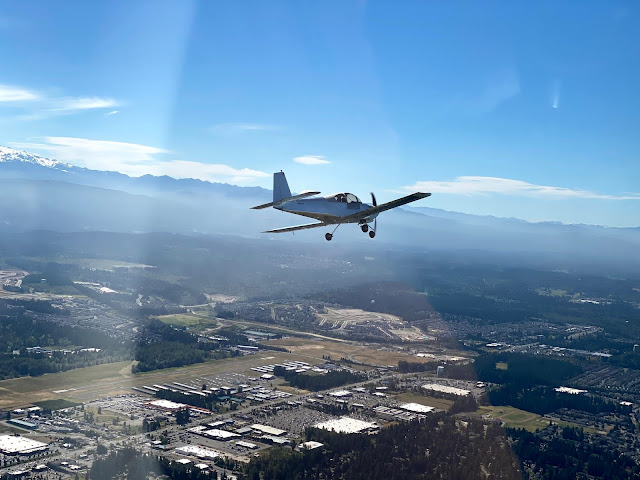 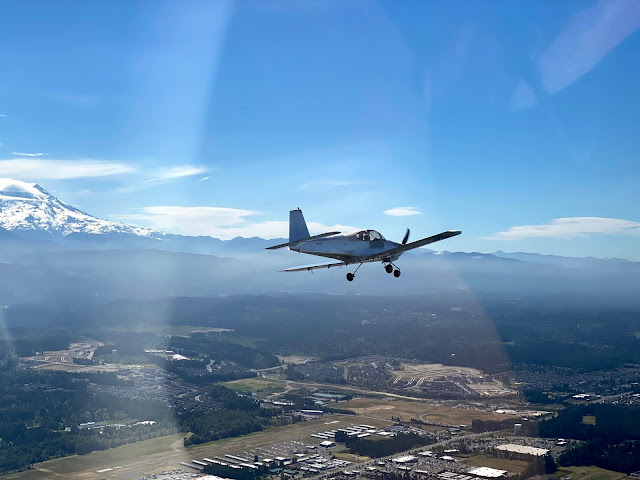 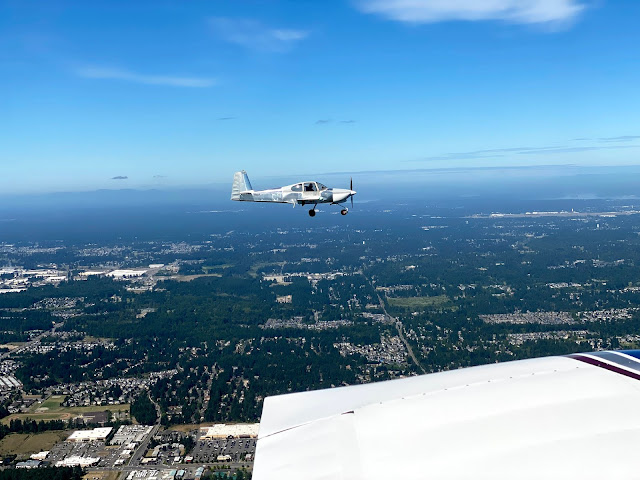 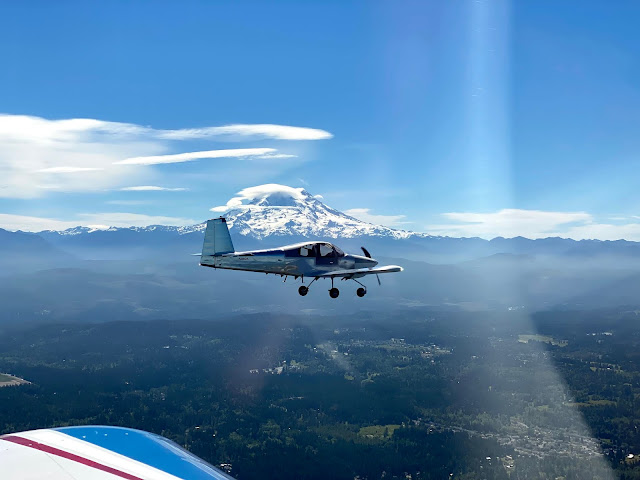 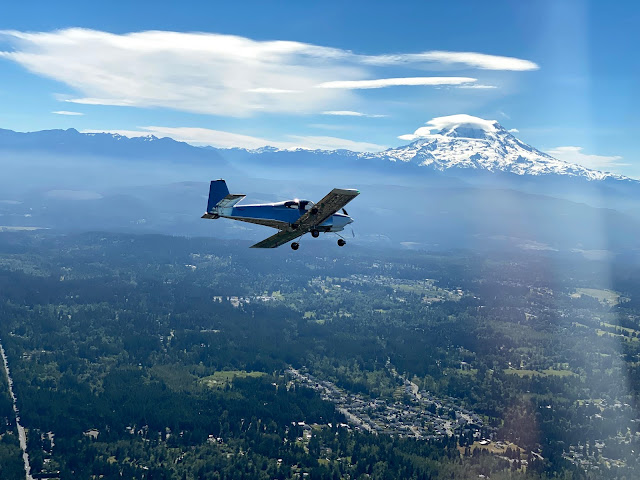 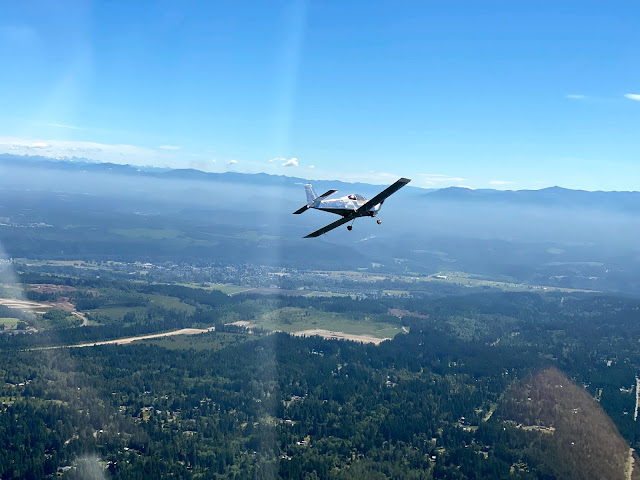 Posted by Darin Anderson at 7:16 PM